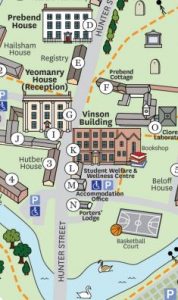 Followed at 7.15pm a presentation by Bill Robins “Secrets Silk and Cyanide”,

During the Second World War, many of the great houses around North

Buckinghamshire supported venomous secret wars, conducted lethally beneath the titanic battles around the globe. Much about them has stayed in secret archives since 1945. Historians are now unwrapping more.

Bill Robins will present an overview of the key agencies behind these operations and what they did around North Buckinghamshire. He will then focus on the Special Operations Executive (SOE), its stations at Poundon and Grendon Underwood and their vital role in communicating with agents operating undercover to support resistance movements in Europe.

He will cover the vital work of the women of the First Aid Nursing Yeomanry (FANY) in support of SOE and will cover its frequently toxic relationship with its sister agency, the Secret Intelligence Service (SIS). Finally, he will talk about some of its triumphs and disasters and about a few of the courageous women and men who lived and died for it.

The Speaker: Major General Bill Robins designed and operated military and intelligence communications for the UK armed forces, other government departments and our allies during the Cold War and its messy aftermath.